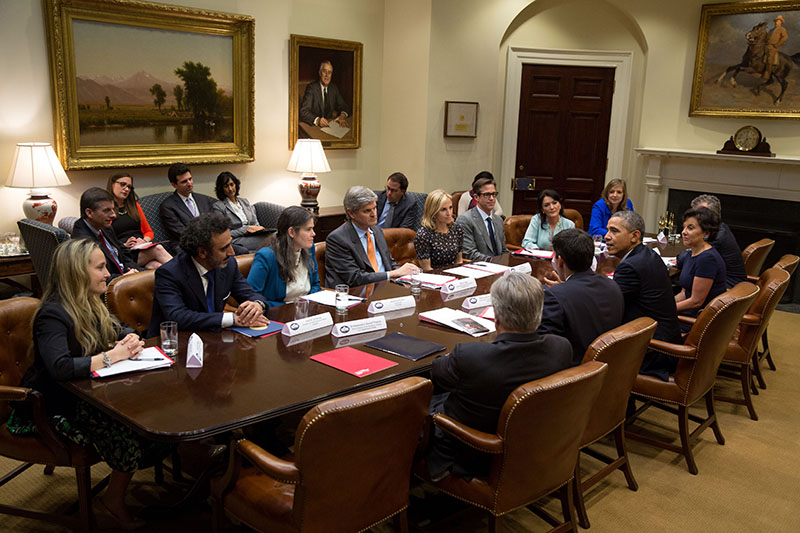 Pinnacle Technical Resources, one of the leading IT services firm in the country, announced today that its CEO, Nina G. Vaca, has been named an inaugural member of the Presidential Ambassadors for Global Entrepreneurship, an initiative focused on promoting entrepreneurship domestically and abroad.

U.S. Secretary of Commerce, Penny Pritzker, announced the members of the committee today as part of the group’s inaugural meeting.

“In forming this group of entrepreneurial ambassadors, President Obama and Secretary Prtizker have demonstrated the need to inspire and prepare the next generation of startups and business owners,” Vaca said. “I am honored to have been selected among some of the world’s most innovative and creative minds. We all know the power of the entrepreneurial spirit. It has transformed individual lives and entire industries. I look forward to working with the President, Secretary Pritzker and my fellow committee members to work toward fostering that spirit in young entrepreneurs around the world.”

Today’s announcement of the formation of PAGE comes after President Obama announced a plan to form a committee of entrepreneurs during the Global Entrepreneurship Summit (GES) last October in Kuala Lumpur, Malaysia.

The members of the group will participate in discussions with global policy makers as well as participate in outreach efforts to help educate leaders and entrepreneurs create environments conducive for business development and growth. Secretary Pritzker will chair the committee, with U.S. Department of State and the U.S. Agency for International Development (USAID) serving as partners.

“I am honored that President Obama asked me to bring together some of America’s most dynamic businesspeople to inspire the next generation of entrepreneurs in the U.S. and around the world,” said Secretary Pritzker. “America’s entrepreneurial spirit has always been a key driver of our economic growth and success. Through this group, we will take what we know about transforming innovative ideas into thriving companies and share that knowledge around the country and the world.”

The composition of the group brings together entrepreneurs from technology, fashion, education and music. In addition to Vaca, the inaugural PAGE members are:

“All of the entrepreneurs selected have a global footprint,” Vaca said. “They have all built companies from a simple idea, and they have solved big problems and affected millions of lives. By collaborating and sharing our collective experiences and know-how, we hope to ensure that our future entrepreneurs and job creators are ready for the challenges that await them. It really is an exciting time, and it has never been more imperative for a committee like this to exist.”