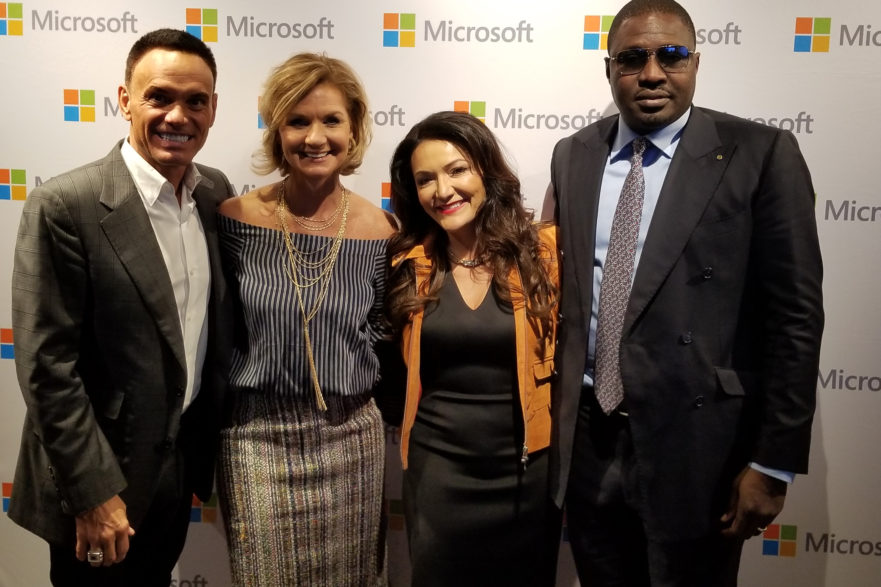 Nina Vaca is joining forces with the Global Leaders Organization (GLO) to serve the needs of Latino entrepreneurs. Through its online portals and communities, GLO provides business resources, market opportunities and connections to capital that help entrepreneurs achieve greater success. As GLO’s designated leader for Latino markets, Vaca will help connect Latino entrepreneurs with the resources they need to succeed.

Vaca’s entrepreneurial story is well known. Since founding Pinnacle Group in her mid-20s, Vaca has strategically developed it into the powerhouse that it is today, ranked as the fastest-growing women-owned/led company in the nation by the Women Presidents’ Organization in 2015 and #2 for both 2016 and 2017. Pinnacle Group is one of the largest Latina-owned companies in its industry.

“Throughout Pinnacle’s growth, I’ve been surrounded by great people both inside and outside the company. Mentors, bankers, technologists, amazing colleagues, and the list goes on,” Vaca said. “My best advice to any up-and-coming entrepreneur is to surround yourself with people who truly want to see you succeed. In this day and age, that also means joining the right organizations and using digital platforms that will help you reach the next level. That’s exactly what GLO offers – a network of people committed to each other’s success.”

Vaca’s mission throughout her career has not only been to grow an award-winning company, but also to leverage her success to help others. For more than 17 years, she’s been an advocate for the entrepreneurial community and will continue to do just that as a GLO Market Leader by opening more doors for Latino-owned businesses.

GLO’s new business community launches March 8 and offers both a dynamic digital platform at globalleadersorg.com, as well as local chapters for face-to-face connection. Vaca was featured at the soft launch Feb. 21 at Microsoft’s flagship store on Fifth Avenue in New York City. She served as a panelist alongside Kevin Harrington, GLO’s leader for the product and retail vertical, inventor of the infomercial and one of the original “sharks” on the hit show “Shark Tank.” The panel was part of the ChangeMakers speaker series hosted by Microsoft, a GLO partner, and also featured James Waldinger, CEO of Artivest Investments, and Mark Lieberman, Creator and CEO of Artists Den Entertainment.

Founded by long-time award-winning business leader Michelle Lemmons-Poscente, GLO offers member entrepreneurs the resources they need to become leaders in their industries. Through GLO’s Latino vertical, members will be able to connect with Latino entrepreneurs around the world, expand their customer base via GLO’s online marketplace and raise growth capital on the GLO-sponsored investment portals.

“We’re delighted to have Nina bring her expertise to GLO as market leader of the Latino vertical,” Lemmons-Poscente said. “She represents the epitome of the American dream and gives back at every turn by expanding entrepreneurs’ access to opportunities throughout Texas, the country, and the world. We’re proud that she’s part of the GLO team.”